Seven Secular Sermons - a meditation for the Age of Science 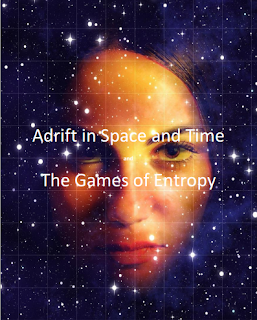 If you are reading my weird writings you have probably heard of Aeonics, various philosophers' and magicians' ideas of how civilizations undergo great big shifts in their central ideas. You will have come across Crowley's Aeons of Isis the Mother, Osiris the Dying God and Horus the Crowned and Conquering Child. You may have come across Peter Carroll's more pragmatic extension of this into a five-Aeon scheme. We start off in Shamanism, proceed to Pagan Polytheism, to Monotheism and then to Materialist Modernism, before slipping off the edge of the model into the current rather Postmodernist PanDaemonAeon.

Most of those older Aeons produced artworks which promote meditations which explicate the spiritual worldview of that Aeon. Take ancient Egyptian religion and its gorgeous polytheistic splendour. Or the mediaeval cathedrals in their breathtaking devotional majesty.

The Fourth Aeon, the Science-y one, has little like this, few attempts to provide an experience of rapture and awe in the face of a worldview. There are clumsy attempts by the likes of Dawkins to tell us we do not need mystery, only wonder at the revelations of science, but speaking for myself, they are more off-putting than encouraging. Basically, reductionist-eliminationist-materialists are the worse people for the job of enhancing awe in us.

So along comes Daniel Böttger. The subtitle of the piece is 'Towards a more profoundly satisfying appreciation of reality at large.' Daniel will show you how to love the world of scientific revelation. He tells us:

'The Seven Secular Sermons are:
- the only guided meditations in verse and rhyme,
- the only attempt to replace religion as a frame for mystical experience,
- the longest poems, by far, ever written in the classic style of the common metre,
- based on 20 years of meditation experience, 15 years of writing guided meditations and a few years of - academic research into the psychology of religious ritual,
- best enjoyed when listened to rather than read,
- entirely in line with the current state of scientific knowledge and
- so mindblowing they frequently move listeners to tears.'

The whole thing kicks off from the centre of where you are, with a meditation:

'This meditation's rhyming verse
describes a paradigm
of us inside this universe,
adrift in space and time.'

For sure, the verse style will not be to everyone's taste. But don't judge on the basis of reading, but try listening to a bit of the sound recordings on the page linked above, and see how it works together with the material.

The first three are currently available. This is an ongoing project and more sermons will be released.

'Seven Secular Sermons' will introduce you to a different take on the world of the Scientific Aeon and may move you to tears!