Showing posts from December, 2015
Show All

Review - The Heir To The North by Steven Poore 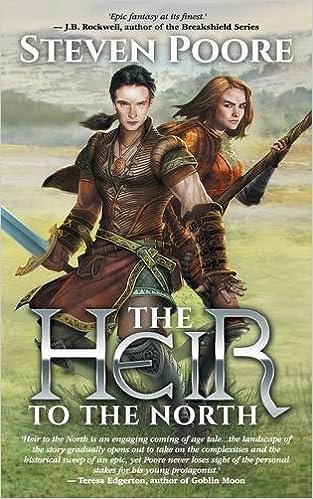 h ttp://www.amazon.co.uk/Heir-North-Steven-Poore/dp/1909845892/ref=tmm_pap_title_0?_encoding=UTF8&qid=&sr = The book is Part 1 of the two part story Malessar's Curse. In the prologue, we learn of a mighty empire that reigned in the North, eight hundred years before, and was smashed by the sorcery of the wizard Malessar. The echoes of the fall of Caenthell and the High King reverberate down through the centuries, appearing in the tales told by storytellers. Protagonist Cassia is marinated in these and other stories, as a result of homeless wandering with her abusive drunken storyteller father.  This is a superb plot device - between the storyteller father and a centuries-old wizard whom he and Cassia take up with we have a rich explication of the rich backstory as this ill-matched crew travel the myth-drenched landscape on a quest for the ancient sorcerer Malessar, a quest the true nature of which remains tantalizingly obscure until near the end. The opening scene
Post a comment
Read more
More posts