Showing posts from April, 2020
Show All

This is the Covid part of my last newsletter. You can sign up at  https://bit.ly/2DXLAMA COVID-19 THOUGHTS AND NEWS . No two days are the same. I brought forward the date of this newsletter because it's all shifting so fast, so there's no shortage of necessary new thoughts to fill these pages. I don't think I ever truly expected to see times like these, when the irreversability of the flow of human life is so obvious, when there is no turning back to what went before. None of what follows pretends to completeness. SPRING HOME BREW An old family recipe for the Spring: how to make Dire drink .   SOCIAL DISTANCING Be Like Odin, by Matthew Frederick (@putmyspellonyou) SCIENCE Last newsletter I featured a tune composed from the DNA sequence of the coronavirus. Now people are doing something similar with the virus's protein structure, and for a different purpose. Audio sequences are helping scientists get their heads round the complexit
Post a Comment
Read more 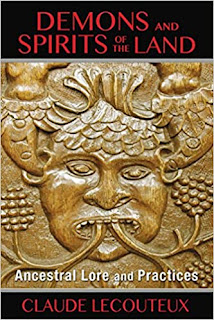 https://www.bookdepository.com/Demons-Spirits-Land-Claude-Lecouteux/9781620553992 Lecouteux is a deep scholar who is interested in the mysteries, principally the European stream. I've read another of his books, The Tradition of Household Spirits, which was very interesting but quite different to this one. I never had a sense with that other book of his having a thesis, a particular thing to prove. In this book, he has: the way that numinous experiences of the natural world are the bases of gods, and that the layer closest to this cultural process is where we find spirits of the land. He then traces how they got mutated, particularly by Christian theology, into demons. Those of you who have wondered at such beings as elves and the various forms they are portrayed in will have some of their curiosity satisfied by Lecouteux's demonstrations of how such terms changed in meaning over the time of the Christian occupation. But it is in the cultural layers prior to this that he mak
Post a Comment
Read more 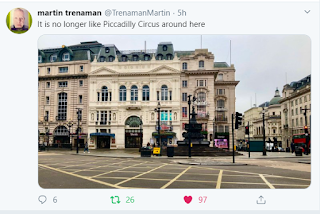 I thought I'd republish this in my blog, so it's there for those who don't get my newsletter. ************* Welcome to Chaotopia in the season of plague. And thank you, all you readers, for signing up and reading these newsletters. It's gratifying to know that people find them worthwhile. In this issue you'll get more than the usual one-paragraph intro, and the lower sections cover things from more than two weeks ago, that are already part of another world. Here are some thoughts and a few resources I've gathered. I'm no youngster but this is a new and unique experience for me. The other plagues I've lived through, such as the early stages of HIV/AIDS, affected friends tragically, but this is the first one that's threatened everyone. Things really have changed; there's no going back to the old world. PLAGUE WARTIME When I was a child my parents used to say how much they missed the solidarity and community spirit of the war years.
Post a Comment
Read more 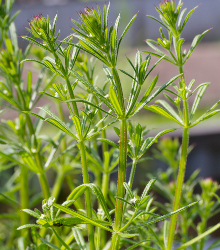 When I was a kid one of the things I loved about April-May was the drink my mum made. A golden-brown liquid, fizzy and sweet and a little murky with yeast. She would pack me up a small glass bottle of it for me to take to school. Just as much, I loved collecting the ingredients. It'd be a family outing on the weekend, to somewhere the London suburbs started turning into countryside. We'd look for the four herbs, two of which were very familiar, one less so and one I'd never heard of till mum showed it me. Goosegrass Then there was the fragrant cooking up of all this greenery in a massive pan with the sugar and then the yeast, baker's yeast from the bakery spread on a slice of toast and floated on top of the lukewarm liquid. A couple of days later, it was bottled and left in the cupboard to fizz up a few more days. Mum called it Dire, and had different names for two of the herbs, names from her Northampton village. What I later learned was generally called Goo
Post a Comment
Read more
More posts