Showing posts from May, 2017
Show All 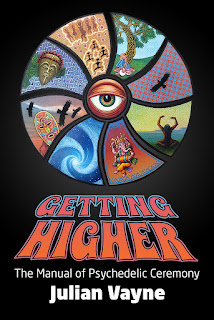 Getting Higher - The manual of psychedelic ceremony Julian Vayne, https://psychedelicpress.co.uk/products/getting-higher-psychedelic-julian-vayne This is a unique book, which I have been waiting for the likes of for some time. My first adult-life experiences of events that I framed as magical happened in my late teens, under the influence of acid. It wasn't until my mind-20s that I embarked on daily study and practice. This was in the late 1970s, and the world of magical writing - the serious sort rather than the various New Age dilutions - was dominated by the works of Crowley. I found Crowley's work interesting partly because he saw no basic problem in using psychoactive substances in the course of magical work. Most other magical writers seemed to shrivel up in horror at the mere thought. However, Crowley was ultimately a disappointment to me in this area, as in a few others. He had used mescaline, one of what I thought of as the most interesting class of drugs, t
1 comment
Read more
More posts