PROTECTING YOURSELF FROM COVID

Some information that’s out there but should be on the front page of every media outlet.

The top one is Vitamin D, which ‘supports the immune system through a number of pathways’

‘She had tested positive for COVID-19 and developed a fever. Her lips became dark blue from hypoxia. She took her first megadose of oral famotidine on 28 March. The next morning, her fever broke and her oxygen saturation returned to a normal range. Five sick co-workers, including three with confirmed COVID-19, also showed dramatic improvements after taking over-the-counter versions of the drug, according a spreadsheet of case histories Tuveson shared with Science. Many COVID-19 patients recover with simple symptom-relieving medications, but Tuveson credits the heartburn drug. “I would say that was a penicillin effect,” he says.’

‘There are biologically plausible pathways through which nicotine may impact SARS-CoV-2, but the clinical significance of these is entirely unclear.’

- but it’s been shown in action in France. 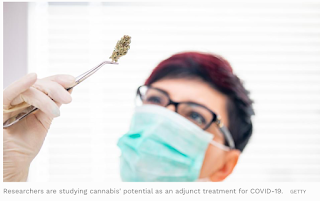 ‘several cannabinoids in the cannabis plant have anti-inflammatory properties. In particular, they point to CBD as the most likely candidate for treating COVID-19 related inflammation. CBD has shown serious anti-inflammatory properties in previous studies, it doesn't create the disorienting psychotropic effects associated with cannabis’ most common chemical THC, and it has already been approved by the FDA as safe for children with intractable epilepsy. If successful at reducing inflammation for COVID-19 patients, it could be a safer alternative to other anti-inflammatory options.’

Other existing drugs against covid

‘Repurposing existing medicines focused on known drug targets is likely to offer a more rapid hope of tackling COVID-19 than developing and manufacturing a vaccine, argue an international team of scientists in the British Journal of Pharmacology today.’

'A Nature study authored by a global team of scientists and led by Sumit Chanda, Ph.D., professor at Sanford Burnham Prebys Medical Discovery Institute, has identified 21 existing drugs that stop the replication of SARS-CoV-2, the virus that causes COVID-19.' 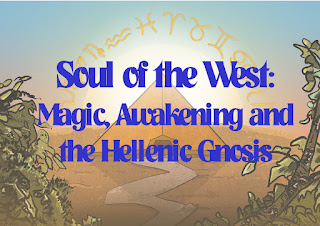 (Originally delivered as a talk for Occulture Berlin, October 2019) I’m going to be talking about four things: Asking the question: During the last century, what happened to the place of awakening, the Great Work, in the world of magic?  How to examine the consequences of what we believe; maps of the realities we find ourselves in – i.e. cosmologies Awakening and the Hellenic gnosis, the origin of Western civilization, practices of the Hellenic gnosis What is awakening all about anyway? MAGIC AND AWAKENING What happened to magic in the 20th century? Of all the possible narratives we could build of that era, I am going to pick one about the loss and rediscovery of the goal of awakening for magic. Let’s start with Crowley, who birthed an initiatic scheme in a cultural context of scientific materialism. First, it’s worth making a distinction between science and Scientism. The former is a set of methodologies based on logic and experiment. The latter is a religion. The dominant religion of
Read more